Welcome to System Under Surveillance, a balance between stealth, action and puzzle elements without a combat system 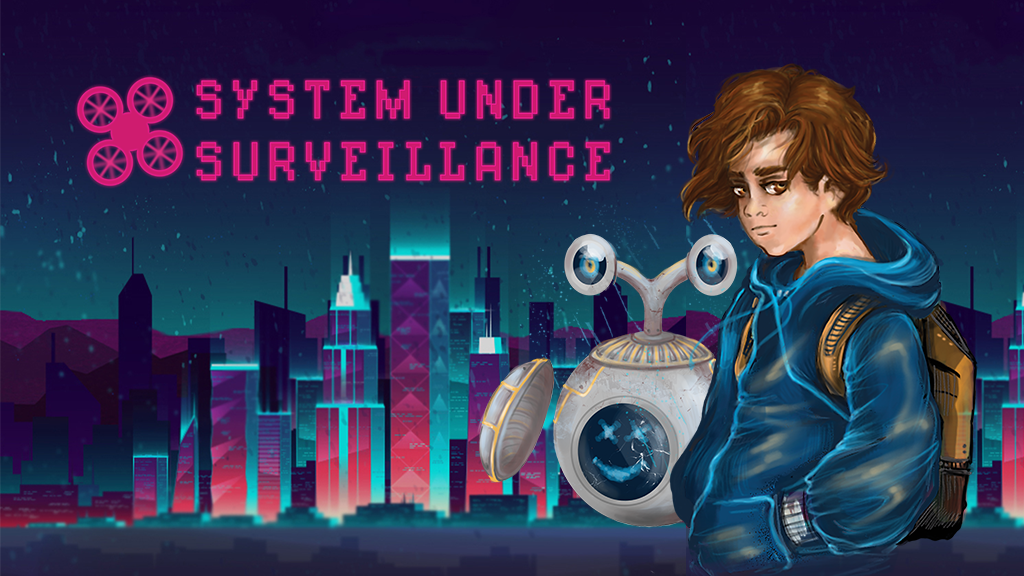 Hello everyone and welcome to the devlog

I would like to share our progress and experience so far with our first project, System Under Surveillance. We will keep updating you as we make further progress on the game in the upcoming months.

We started this project about a year and a half ago besides our studies, without knowing anything about game development or game design. We still think that we don’t know much about these two topics compared to industry experts, so we always appreciate and welcome feedback.

Even though we started the project with our limitations and mind, it was soon clear that our initial game idea was simply too difficult for us. We had to scale the project down several times throughout development, and we might need to do so again in the future. We opted for a pixel art look because of our love for classic videogames but decided to combine it with an isometric perspective to differentiate ourselves from the many indie games out there.

The player will follow the story of Adam, a young boy who suddenly finds himself alone in a city with skyrocketing crime rates and authoritarian government (it is, without saying, a cyberpunk game). Adam needs to avoid danger on his quest to find out where his parents are, and why he is being hunted down by the authorities.

During his lonely journey, Adam teams up with Turbo, a scrappy decommissioned robot whose goal is to help humans and collect shiny things.

We wanted to make a game where the player can switch between two characters at any time, and use their different abilities to overcome obstacles. Turbo and Adam have different purposes during the game, and the player has to figure out how to combine their abilities to progress.

Another characteristic of our game is the health bar, which we replaced with a Threat Level system. The game has three threat levels (low, medium, high).

Being detected while playing as Turbo does not affect the Threat Level (so it does not affect your “health bar”), but Turbo can still be chased and captured. The player cannot finish a level without both characters, so turbo needs to be saved before progressing. This characteristic gives a twist to the gameplay in our opinion. Adam needs to play more carefully and stealthy to not increase the Threat Level, while Turbo can play more aggressively and even bait away enemies from Adam.

We still have a long way to go before finishing the game. Right now we are concerned with finding out whether the game is fun or not. That is why we are preparing to play test a level soon, in the upcoming weeks.

In the final version of the game, we would like to add more focus on the story, and include some comic book style cutscenes.

We are also having difficulties with shaders, but once we figure that out the game should look considerably better.

The game is being developed in the Godot Engine, so we aim to publish it both on PC and mobile.

Before publishing a public demo here on Itch.io, we need to play test it and make sure that:

If you want to help us play test our cyberpunk stealth game, we prepared a form on our website where you can sign and help us co-create System Under Surveillance . We want to select play testers from different countries, to ensure that the experience is consistent across cultures.

If you have any comments or feedback on the project, please share it with us, either here or privately. We definitely need and appreciate any help we receive!

Thank you for reading :)!