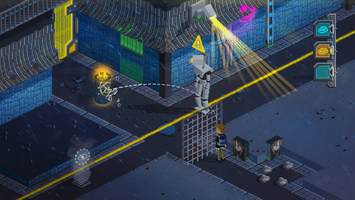 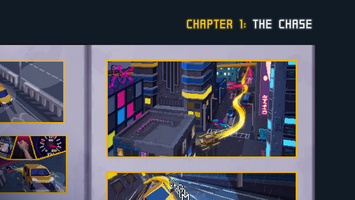 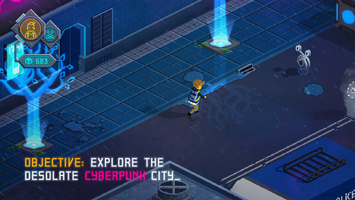 This month we have finally updated our Itch.io page and published our Steam page. We want to thank everyone who decided to add our game to their wishlist or join our community. Being an extremely small team, we faced a lot of challenges, but what motivated us the most was seeing the constructive feedback (both positive and negative) that the community has given us on our various channels.

In past months, we have worked hard on improving game design, and improved the concept overall. You can read more about what the game entails here on Itch.io. Now, we are working hard on designing conceptually each level. The levels will interactively tell the story of Adam and TURBO, accompanied by detailed pixel art comic-style panels. We plan to release the game this year on itch.io and steam, and later next year on other platforms including mobile.

Why are Adam and TURBO alone in this dystopian city? Who are these entities trying to capture them? Why does this metropolis appear so desolated? Can a simple boy and his old rusty robot survive in this environment, and for how long?

In the meantime, here’s some more gameplay footage. While the footage in question is quite action focused, the final game will balance well exploration, stealth, and action (without combat obviously, SUS has no combat system!).

Get System Under Surveillance

Take control of Adam and his little robot, TURBO. Use stealth, and their unique abilities to outsmart the enemies.